Slash Chords on the Piano, Simplified! 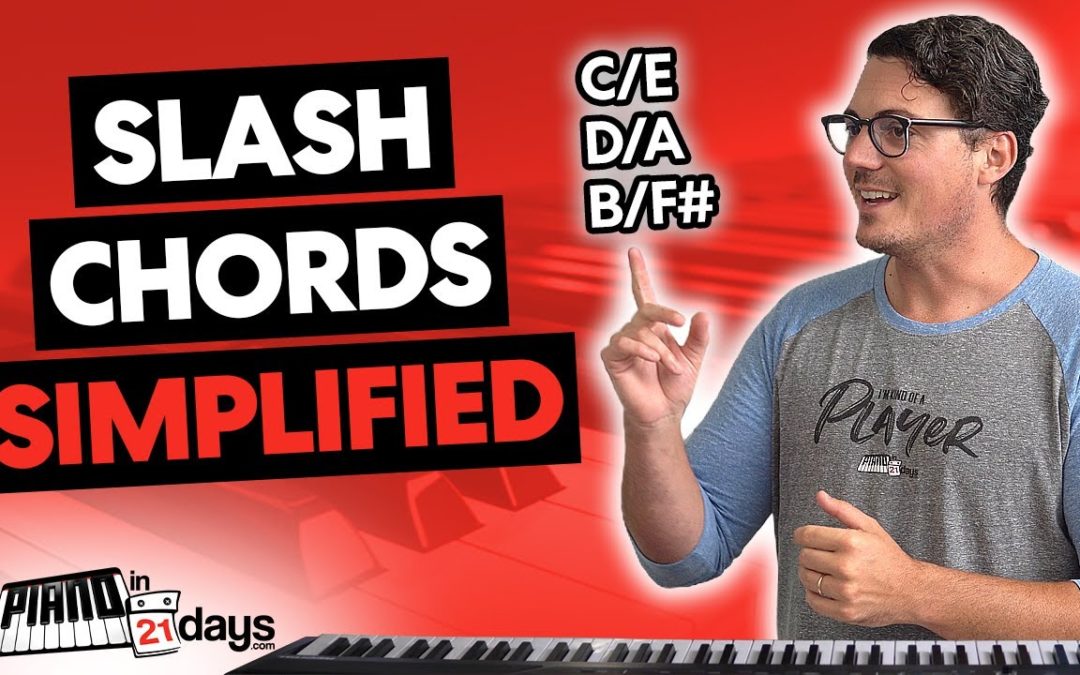 So you’re rocking out to a new song on your piano, and you’re following along with a chord chart. Everything’s going great: until you see a crazy-looking chord. Or is it two chords? And what’s that slash in the middle? Maybe it looks something like this: Dm/A. Or this: B/F#. What on earth does that mean?

In this post (and the video below), I’m going to explain what this funky-looking chord is, how to play, and why you don’t have to be scared of less common chords like this. Ready?

What are Slash Chords? 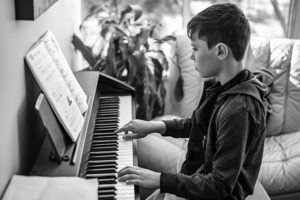 Here’s at least one thing that should make sense right away: chords with a slash in them are called… slash chords. 😉 I explain everything you need to know about slash chords in my full 21-day course, but I share some of that lesson in the video above and we’re about to go over it here, too.

Okay, so we know what they look like, but what are they? Simply put, slash chords are chords where your left and right hands play different things.

If you’re familiar with some basics of chord-based playing, you know that a normal major or minor chord situation means you play bass notes in the other hand, and that they correspond to the name of the chord. So if you play a D major chord, you would also play D notes in your other hand.

Not so with slash chords. They are designed to tell you that the bass notes will be different than the chord, that they will not correspond directly to the root note of the chord.

Let’s look at an example. If you see this slash chord, what should you do?: C/E. Well, the first part, before the slash, tells you the main chord. In this case, the main chord is C. That means you will play a C chord in your right hand.

What about what comes after the slash? In this example it’s E. That means you will play two E notes in your left hand. Those bass notes seem to correspond with an E chord, but no, not in the case of this slash chord.

If you play a C chord in your right hand and E bass notes with your left hand, voila: you have played the slash chord known as C/E!

That wasn’t so bad, was it?

As you’ve seen with our example, the information on either side of the slash tells you what to do differently between your two hands. Note that the first letter, on the left side, is not what you play in your left hand. That’s probably the only potentially confusing thing about this, so just remember: the first letter is always the name of the chord, and chords should always be played with your right hand.

Another way to remember this is to think about how you can call C/E “C over E.” When we talk about pianos and keyboards, we talk about going “up” as meaning moving farther to the right on the keys. And “down” means farther to the left. So if you think of chords being higher up than bass notes, and C/E is “C over E,” then that’s another way to remember that the C is the chord and the E is the bass notes.

Can Any Combo Be a Slash Chord? 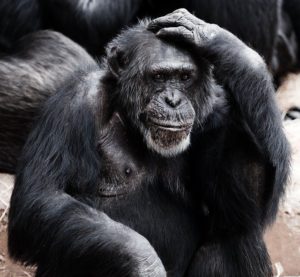 In theory, you could put a lot of different chords on the left of the slash, and a lot of different bass notes on the right. But there are some natural limitations to what you actually will see for slash chords. Because what can be done doesn’t always sound good, and not every combination sounds good (or makes sense for the key of the song)!

Almost without exception, the bass notes listed in any slash chord will be one of the notes that work within the key that song is in. The rare exceptions might be where there is meant to be a dissonant effect or “accidental” notes (I cover those in my music theory video here).

Many times, the bass notes will correspond to a note within the chord even though they don’t match the root note. In our C/E example, a C major chord already has the E note in it. So playing E bass notes still pairs very well with the C chord, even though they’re not the same as the root note of C. While it’s not important to always verify this, you can safely assume that many slash chords you see will have bass notes that correspond to a note within the main chord.

Quiz time! Here’s the question: can there ever be a D/Am, or a C/Em, or any other “m” on the right side of a slash chord?

No. Because the right side tells you what notes to play, not chords. And there’s no such thing as as a minor note, is there? No, there isn’t. There may be a flat or sharp note on the right side, but you will never see anything listed as minor there.

If you do see a sharp or flat note or chord, no problem. Just proceed in the same way you would for any other slash chord.

I give several exercise examples for this concept in my slash chords video at about 5:39 minutes in. Take some time to go through those exercises if you want to understand and apply this concept better (strongly recommended!). There are ways to practice slash chords that will not just get you used to playing them, but to begin switching between options and incorporating your sustain pedal at the same time. I even included backing tracks for you to practice along with! So make sure you check out the links in the video description, too.

If you’ve ever been scared off of a song by funky-looking slash chords, let this be the day you face your fear! Once you understand how they work, slash chords aren’t confusing. So take some time to practice, and make sure you grab my free 5-day workbook if you haven’t already!